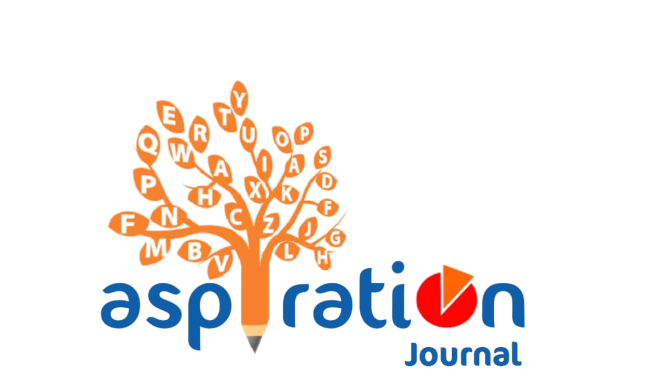 "ASPIRATION" is an acronym for ASPIKOM Jabodetabek International Research of Communication. ASPIRATION Journal published by ASPIKOM Jakarta, Bogor, Depok, Tangerang, and Bekasi Regions supports the mission of ASPIKOM (Communication Science in Higher Education Association), especially intending to develop communication through participation and collaboration from researchers and practitioners with scientific works that altogether able to develop a comprehensive communication science traditions with a broader perspective. We expect work that addresses the current problem in the national and international context. 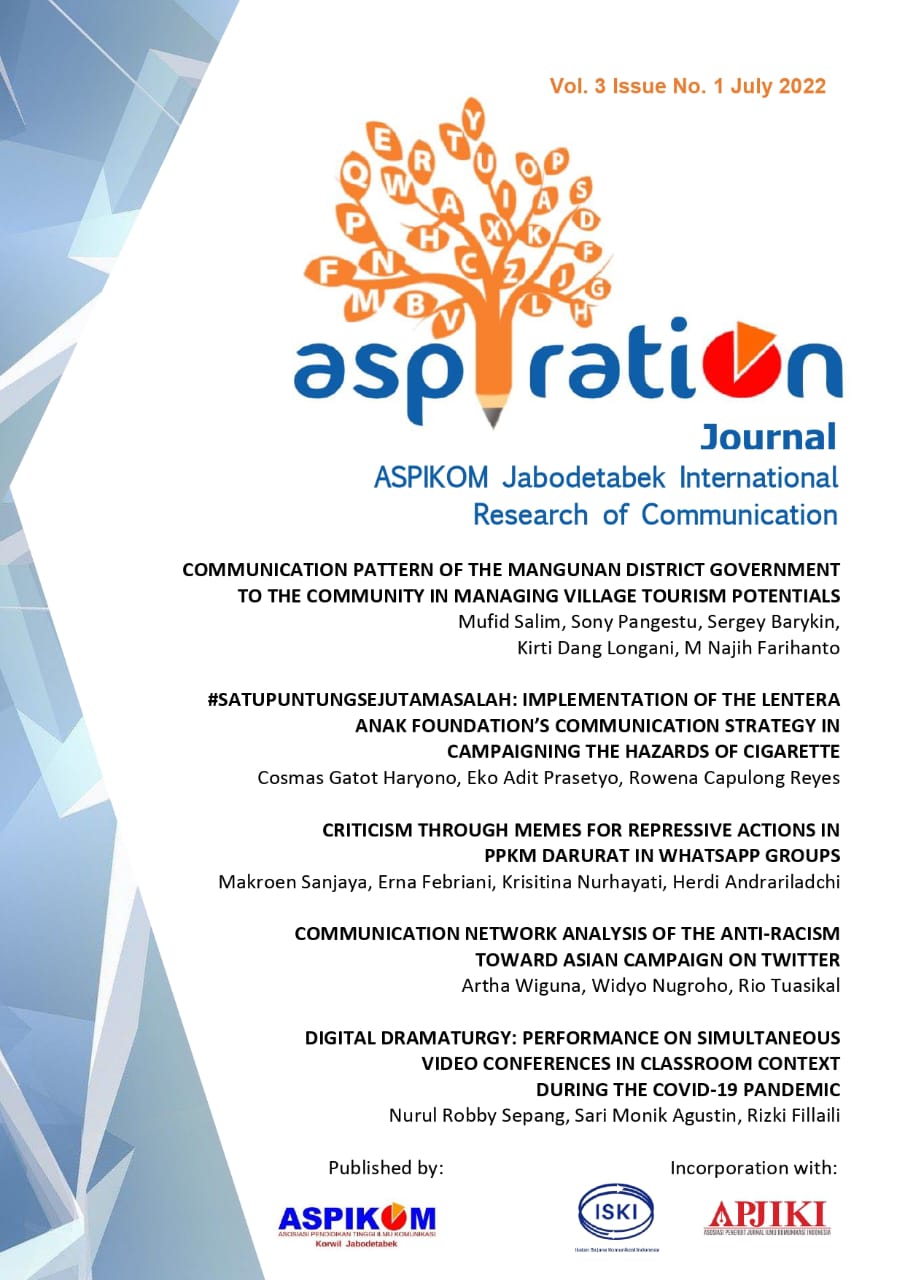 This study aims to determine the distribution of communication networks of the
#StopAsianHate campaign on Twitter. Using the theory of Computer-Mediated
Communication, this paper seeks to identify the campaign's networks in system level and actor
level. To achieve this, we used a quantitative approach of Communication Network Analysis
with the Netlytic and Gephi models, as well as the content analysis method. From the analysis,
we found 5 independent clusters in the network. On the level system, we found that information
exchange requires only 2 actors to be passed, actors retweet or like more than talk, most
conversations happened one-sidedly, network dominated by few actors, and network has a
clear division between the clusters represented. On the actor level, we identified two accounts
that played a dominating role in the campaign, that actors have a close relationship with other
actors, no influence in linking the distribution of information related, and found 6 top actors
with central role. Meanwhile, from the content analysis we found that the focus of the actor's
communication campaign is the sharing of opinions, information, and images.

This work is licensed under a Creative Commons Attribution-ShareAlike 4.0 International License.