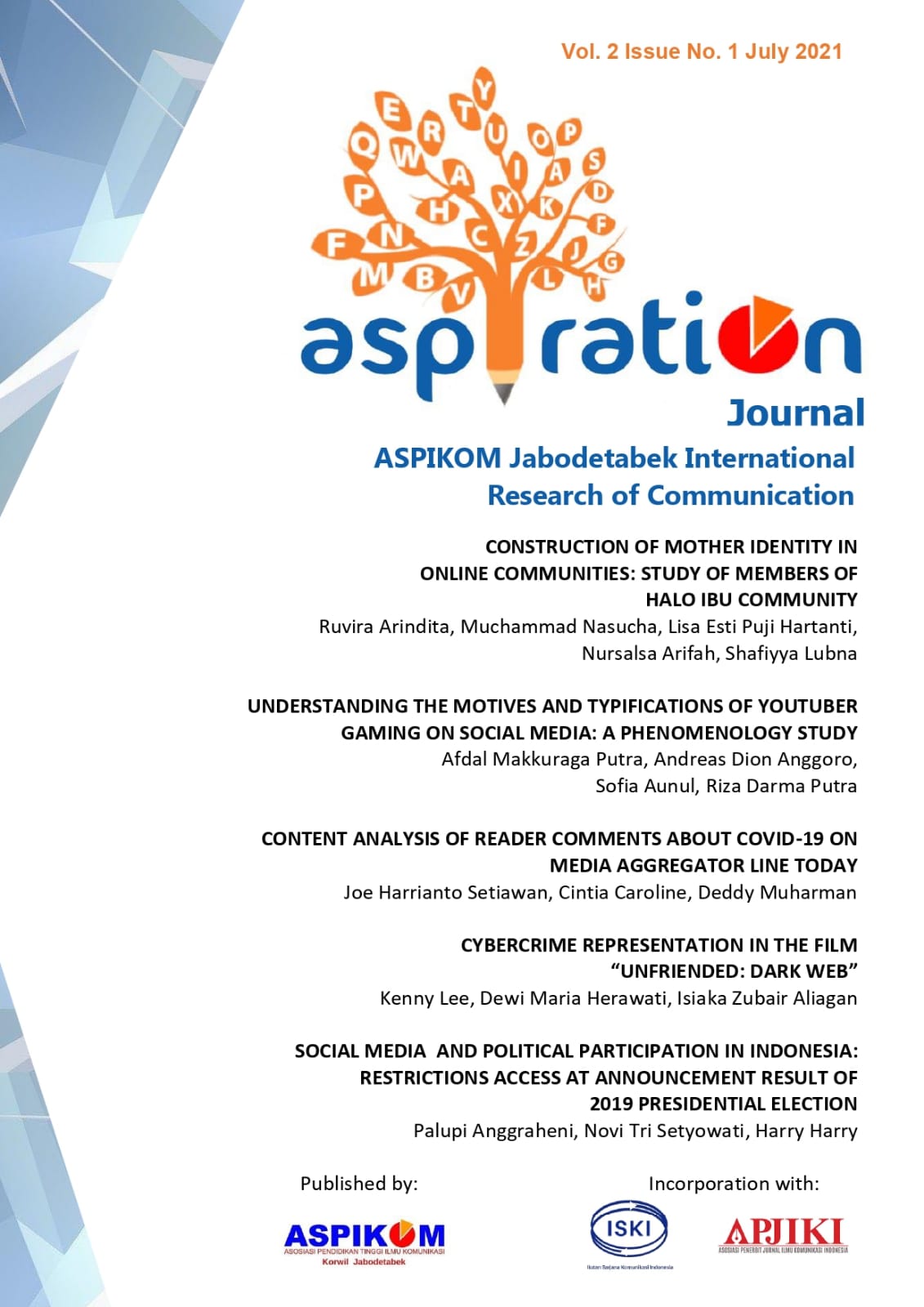 This study aims to analyze cybercrime actions on dark web sites in unfriended films: dark web. How to reveal the 'form' of cybercrime contained in a dark web site linked in a film. By using John Fiske's semiotic analysis, this study tries to enlighten people's thinking through signs of reality, representations, and themed ideologies to be more careful in using the virtual world as a daily activity. The paradigm used in this study is the constructivism paradigm in forming a framework for understanding cybercrime acts in the object of this study. The methodology used is a qualitative approach. The results of this study are films that are now being used for industrialization and commercialization. The results of this study also show the fact that reality, namely, behavior, expressions, sounds and so on. Then there is a representation of a representation consisting of technical codes in a film show, such as camera, lighting, editing, music and sound as part of the description of the situation and storyline. And finally there are elements of ideology, namely, ideological codes, such as individualism, feminism, liberalism, capitalism, race, class, materialism, which are in the film.